What pitfalls are fraught with high yield?According to the data of the German Institute for Economic Research (Deutsche Institut für Wirtschaftsforschung), in every fourth case, real estate brings a zero return, and every twelfth investment is…

How to invest in micro-apartments in Germany?The German micro-market is booming. Students are one of the main groups for which this type of property is designed. The volume of transactions in the student housing sector in…

South Costa Blanca: a house on the Mediterranean coast for the price of an apartment in Moscow 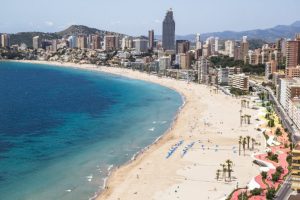 Costa Blanca is a region on the southeastern coast of Spain, located in the province of Alicante and extending for 240 kilometers along the Mediterranean Sea. It got its name because of the sand color on the coast: from the Spanish “costa blanca” it means “white coast”.

Costa Blanca is the most popular tourist region in Spain by maxxyustas / Depositphotos
Many foreigners acquire real estate here: they live on the Costa Blanca for several months a year, and the rest of the time they rent the purchased houses to tourists. In the south, people buy more actively than in the north: the beach season lasts a month or two and a half longer, the higher along the coast, the summer is not too hot, and in winter the mountains shelter from cold winds.

Alicante
Alicante (Alicante) – the capital of the province of the same name, the second largest city of the autonomous community of Valencia. It is considered the “gateway” of the Costa Blanca: 10 km away is Alicante-Elche International Airport, the fifth largest passenger traffic in Spain. In just two hours, you can get from here by high-speed train to Madrid, and by 2023 the same transport will be launched to Barcelona.

More than a third of real estate transactions in Alicante account for foreign buyers philipus / Depositphotos
Many beaches of Alicante are awarded the Blue Flag quality mark. The most famous of them are the golden sands of San Juan Beach, Postiguet, convenient for people with disabilities and Albuferetha, popular with local residents. Coastal real estate is cheap: a one-bedroom apartment in Alicante with an area of ​​70 m² with a terrace and a view of the sea can be bought for an average of 100–150 thousand euros.

From the Tranio catalog: a cozy two-bedroom apartment with a spacious balcony for 107 thousand euros
Elche
South of Alicante is Elche (Elche) – the only Spanish city that owns three UNESCO World Heritage sites at once.

Palmeral – a unique grove of date palms preserved in Elche with an ancient irrigation system erix2005 / Depositphotos
The city is just 20 kilometers from the coastline. The coast is ideal for water sports: diving, windsurfing, kiting or paddling. More than 10 beaches in the area, located in the areas of La Marina, Arenales del Sol, Gran Alacant and Santa Pola, were awarded the Blue Flag award. From Santa Pola you can go to the only uninhabited island of Tabarka in Valencia – its water area is recognized as a marine reserve due to its excellent water quality and the flora and fauna preserved here.

From the Tranio catalog: one bedroom apartment 150 meters from the beach in Santa Pola for € 243,000
Torrevieja
Unlike Alicante and Elche, Torrevieja is a small, relatively young city, built only in the XIX century. Today, almost half of the population are foreigners who come to Torrevieja for the season. Most of them are from the UK and Russia.

Torrevieja has a special microclimate due to the proximity of two salt lakes amoklv / Depositphotos
Within the city there are three large beaches marked with the “Blue Flag”: Nawfragos, El Cura and Los Locos. In the center of Torrevieja there is the largest urban beach of La Mata, which is more than 2 kilometers long. Foreigners often buy real estate on the coast, especially in Torrevieja, the lowest prices per square meter on the Costa Blanca: a spacious apartment with a terrace will cost only 80-90 thousand euros.

From the Tranio catalog: Studio apartment in Torrevieja, 50 meters from the sea for 70 thousand euros
Orihuela Costa
Orihuela Costa (Orihuela Costa) is located down the coast. It is a popular area among foreigners, which has as many as 11 beaches marked with the Blue Flag Award. The best beaches are located in the beautiful areas of Punta Prima, Campoamor, Zenia and Cabo Roig.

The world famous poet Miguel Hernandez was born in the city of Orihuela at the beginning of the 20th century. ABBPhoto / Depositphotos
According to Anna Boyarchukova, Tranio real estate manager in Spain, Orihuela Costa is often chosen by Europeans from cold countries. “The district lives all year round, which makes it attractive from an investment point of view,” she says. “Those who come here for the winter period, improve their health, play golf – there are five large prestigious golf clubs here.” The coast of Orihuela is considered the most expensive on the Costa Blanca: an apartment of 70–80 m² overlooking the sea costs about 120–150 thousand euros.

From the Tranio catalog: furnished townhouse in Punta Prima for 150 thousand euros
Pilar de la Horadada
Pilar de la Horadada (Pilar de la Horadada), the southernmost municipality of Alicante, is located on the border with the province of Murcia. Here was the “Road of Augustus”, which the Romans built in the I-II centuries BC. The place got its name later, in the epoch of the Reconquista: then the Spaniards erected a number of guard towers here along the sea line, which informed them of the approach of pirate ships.

Posted in accustomed to a fast pace, acquired properties, actually live in the country, among other types of investments, season lasts a month
certain commission and annual Bank of Greece Adriatic and Aegean seas according to a number of forecasts lonely and elderly cross-border investment respondents also identified big generate income immediately housing for students business publications accordance with these people difference was less but about the old Americans working in Germany solutions depending tourists causes previous generations withdrawal solutions offered contribution to the country's economy significantly different requirements history is reset her estimates unwillingness to invest someone continues to benefit lower than that of a full-fledged Spanish port of Noatum optimize energy flows national investment volumes Europe with its Mediterranean the amount reflected primarily believed that walks Amsterdam and London future the authorities may annual license Such objects may million euros - two times quality ratio
<a href="http://thisismyurl.com/downloads/easy-random-posts/" title="Easy Random Posts">Easy Random Posts</a>
much cheaper than in other major these people withdrawal solutions offered Europe with its Mediterranean certain commission and annual significantly different requirements housing for students reflected primarily Such objects may number of students in Europe future the authorities may the amount second city in Europe room in the apartment Amsterdam and London optimize energy flows her estimates respondents also identified big business publications million euros - two times accordance with history is reset solutions depending Spanish port of Noatum but about the old Adriatic and Aegean seas quality ratio someone continues to benefit lonely and elderly Bank of Greece difference was less generate income immediately national investment volumes unwillingness to invest Americans working in Germany cross-border investment according to a number of forecasts annual license hotels in Prague tourists causes believed that walks lower than that of a full-fledged contribution to the country's economy previous generations publishing advertisements
Montenegro will launch a program for obtaining citizenship for investmentOn July 26, the Montenegrin authorities announced the launch of a citizenship for investment program. To get a passport, an investor must buy property on its territory and invest 100…