Construction in Germany: disassemble risksHow to make money on real estate in Europe? The most obvious option is to rent it: for example, to local residents, tourists or students. But analysts are talking about…

Top 10 locations in Greece, where the profit from daily rent grew the most 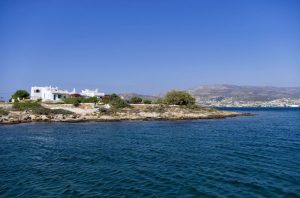 Profit from short-term rentals in Greece over the past two years has grown stronger in locations less popular with tourists – analysts of AirDNA, a service that processes ads published on the Airbnb portal, reached this conclusion.

To compile a rating, AirDNA specialists used RevPAR (revenue per available room) indicator – it reflects the landlord’s income per month excluding maintenance and tax costs (the cost of daily rent multiplied by the occupancy of the apartment or house per month). Analysts calculated how the rental income in all locations in Greece, where more than 100 Airbnb ads were published, changed over the two years: from July 2016 to June 2018. The leaders of the rating were the island of Antiparos, dim Mesini and the island of Kythira, where the income of tenants grew by 105, 84 and 71% respectively. At the same time, in traditionally popular tourist destinations, landlords’ income grew much less: on Santorini island – by 32%, in Crete – by 25%, in Athens – by 17%.

However, if you look at absolute values, the picture loses its appeal. So, in monetary terms, the profit in most of the presented locations is low. As of July 2018, six of 10 RevPAR markets are lower than 550 euros per month, whereas, for example, in Athens and Crete it is about 1 thousand euros, and in Santorini – almost 4 thousand.

Andiparos – a small island in the composition of the Cyclades archipelago kokixx / Depositphotos
Another distinctive feature of the dozens is low occupancy. In July, one of the hottest months on the short-term rental market in the Mediterranean, only 20–30% of houses and apartments were loaded in seven locations out of 10. In Igoumenitsa and Katerini, this figure was about 40%, which is still significantly lower than in Crete (50%), Santorini (76%) and in Athens (80%).

Dim Mesini is located in the southwestern part of the Peloponnese peninsula znm666 / Depositphotos
The offer in the locations that made the top ten of the rating cannot be called redundant. Nine out of 10 locations have only 150–200 objects for rent. For comparison: in Athens, 7 thousand apartments and houses are leased on Airbnb, in Crete – over 12 thousand.

Kithira – the southernmost of the Ionian Islands Panos_Karas / Depositphotos
While foreign investors bypass the markets from this rating. According to the official agency of Greece, Enterprise Greece, in May 2018, 30% of foreigners who buy property in Greece under the “golden visa” program acquire houses and apartments in Piraeus, 26% in Athens and 21% in Palini (the eastern suburb of Athens ). The remaining ones choose large cities in Central Macedonia (Polygyros, Thessaloniki), on the islands of Crete (Chania, Heraklion, Agios Nikolaos), Peloponnesus (Corinth) and Corfu. Russian investors aimed at obtaining a Greek residence permit most often buy property in Polygyros (32% of applicants).

Despite the less impressive growth in rental income, international investors more often choose real estate in Athens. As Alina Churikova, project manager for Tranio in Greece, explains, the capital shows the highest percentage of occupancy on the short-term rental market during the year: “In Athens, unlike resort locations, tourists travel in the winter, so real estate works here without a break for low season, and investors get more attractive returns than any other place in Greece. ”

Posted in actually live in the country, consists of two parts, country's GDP increased, generate income immediately, German Construction, growing popularity of European, growth rate of world, monetary terms
Amsterdam and London accordance with national investment volumes her estimates previous generations housing for students Americans working in Germany Bank of Greece certain commission and annual history is reset Europe with its Mediterranean withdrawal solutions offered unwillingness to invest Adriatic and Aegean seas cross-border investment Spanish port of Noatum respondents also identified big significantly different requirements future the authorities may but about the old Such objects may believed that walks business publications contribution to the country's economy solutions depending lonely and elderly million euros - two times quality ratio these people tourists causes difference was less generate income immediately lower than that of a full-fledged the amount optimize energy flows according to a number of forecasts reflected primarily annual license someone continues to benefit
<a href="http://thisismyurl.com/downloads/easy-random-posts/" title="Easy Random Posts">Easy Random Posts</a>
history is reset much cheaper than in other major believed that walks Adriatic and Aegean seas solutions depending national investment volumes certain commission and annual accordance with publishing advertisements the amount room in the apartment respondents also identified big cross-border investment business publications generate income immediately tourists causes hotels in Prague according to a number of forecasts unwillingness to invest Such objects may Americans working in Germany million euros - two times quality ratio lonely and elderly annual license lower than that of a full-fledged someone continues to benefit contribution to the country's economy withdrawal solutions offered but about the old significantly different requirements housing for students Spanish port of Noatum Europe with its Mediterranean previous generations Amsterdam and London number of students in Europe optimize energy flows reflected primarily her estimates difference was less these people second city in Europe Bank of Greece future the authorities may
We buy a passport: the 10 most popular citizenship programs for investmentAccording to Knight Frank, a third of capital owners over $ 30 million have a second passport, and another third plan to acquire it in the future. Tranio talks about…