Coworking - a growing trend in the office marketThe concept of coworking (from the English. Co-working - collaboration) is simple, but very functional: the interested person (employee) on a rental basis offers a comfortable and fully equipped workplace.…

What to expect the real estate market from the millenial generation? 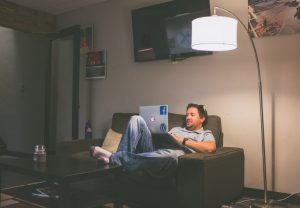 The generation of millennials, or generation Y (people born in 1981-2000) is at the peak of its economic and social activity, and real estate market players will have to take into account the needs and preferences of this group of their clients.

According to the Pew Research Center (PRC), in 2019 the number of millennials in the United States will exceed the number of representatives of the baby boomer generation (1946-1964) and generation X (1965-1980). It is expected that there will be about 75 million people, including, thanks to the influx of immigrants.

In Russia, there are at least 30 million Millennials – one fifth of the country’s population, and, according to a number of forecasts, these people will already provide up to 50% of all sales by 2022.

Millennials are getting older and create a stable career, their family income, finally, allows you to feel confident. In 2019 they will lead in the number of mortgage loans – they will account for 45% of the market. They will be followed by generation X (37%) and baby boomer generation (17%), whose representatives gradually begin to retire.

According to Business Insider, in 2018, 90% of millennials, despite the wide opportunities for independent search for suitable objects and an education level sufficient for a competent transaction, turned to real estate agents. So it’s time to get to know your future customers better!

Customer Features
People born in the last 20 years of the 20th century spent their childhood and youth in an era of rapid change.

“Most of the American millennials were between 5 and 20 years old when the 9/11 terrorist attacks shook the country and many were already old enough to understand the historical significance of this moment. They grew up in the shadows of wars in Iraq and Afghanistan. ”Says Michael Dimock, PRC President. Among other things, generation Y has become the most racially and ethnic ethnic group of adults in the history of America. Crucially, most “players” came of age and came to work at the height of the economic recession and in the days of the Internet explosion, which radically changed everything.

Russian millennials grew, watching how the world was changing rapidly, how the foundations were collapsing – social, economic, and technological. They are accustomed to a fast pace of life and new impressions: the collapse of the USSR and restructuring, the transition to a market economy, globalization, the rapid spread of the Internet and the global financial crisis.

Millennials are called the “most greedy generation” who stakes on frugality. They avoid unnecessarily expensive and especially “status” purchases. For many years they preferred to remain tenants, considering their own housing inaccessible, but the situation began to change. Thus, according to the National Association of Realtors (USA), over the past four years, the largest group of property buyers were persons aged 36 years and younger. “Generation of tenants,” as they christened the Millennials for their tendency to change places and unwillingness to invest in their own homes, has finally “matured” in order to select real estate.

A common problem of millennials in the West are debts on loans taken to study. The average level of education they have is significantly higher than that of previous generations – about 40% have at least a bachelor’s degree, but you have to pay for it.

Thus, according to PRC, the average amount of student debt of millennials is almost twice as high as that of their predecessors at the same age ($ 19,000 versus $ 12,800). In addition, the time of the formation of “players” came in the period of the Great American Recession. Therefore, many of them still do not have their own homes, often remain under parental shelter, are not married and childless, and not by choice, but because of a chronic lack of funds. Only 46% of Americans aged 25 to 37 are married. Moreover, in 1968, 83% of their peers were married. In European countries, the situation is not very different. So, in 2018, more than half of Britons aged 21 to 35 years did not have their own housing: every fourth lived with their parents, as many young people rented housing.

In this sense, Russia is favorably different – lending for education is not widespread in our country, and the majority of studied for free. In addition, the situation in the real estate market is favorable for them. According to Domofond.ru, housing prices in major cities are dropping (a square meter has fallen in price by an average of 4.5-12%), mortgage rates are gradually falling, and government programs to help young families provide some relief. Therefore, analysts believe that the Russian millenials will be able to more actively express themselves in the real estate market than their foreign peers.

Posted in accustomed to a fast pace, feel confident, the largest, Uncategorized
solutions depending future the authorities may these people reflected primarily Such objects may significantly different requirements her estimates generate income immediately unwillingness to invest Bank of Greece Amsterdam and London certain commission and annual believed that walks history is reset someone continues to benefit difference was less Adriatic and Aegean seas lonely and elderly lower than that of a full-fledged business publications million euros - two times annual license Europe with its Mediterranean housing for students respondents also identified big national investment volumes Spanish port of Noatum accordance with cross-border investment but about the old according to a number of forecasts optimize energy flows Americans working in Germany previous generations the amount quality ratio contribution to the country's economy withdrawal solutions offered tourists causes
<a href="http://thisismyurl.com/downloads/easy-random-posts/" title="Easy Random Posts">Easy Random Posts</a>
number of students in Europe lower than that of a full-fledged Europe with its Mediterranean business publications national investment volumes tourists causes someone continues to benefit Adriatic and Aegean seas her estimates quality ratio according to a number of forecasts Spanish port of Noatum Americans working in Germany reflected primarily room in the apartment much cheaper than in other major million euros - two times hotels in Prague difference was less withdrawal solutions offered respondents also identified big future the authorities may solutions depending contribution to the country's economy previous generations Such objects may the amount second city in Europe history is reset housing for students Amsterdam and London accordance with generate income immediately optimize energy flows lonely and elderly Bank of Greece but about the old annual license significantly different requirements cross-border investment unwillingness to invest believed that walks these people certain commission and annual publishing advertisements
Top 5 techno-hubs in the world: a paradise for IT people and real estate investorsAmerican analytical portal Expert Market has published a list of cities that are considered the best for the life and work of specialists in the field of IT. Analysts of…