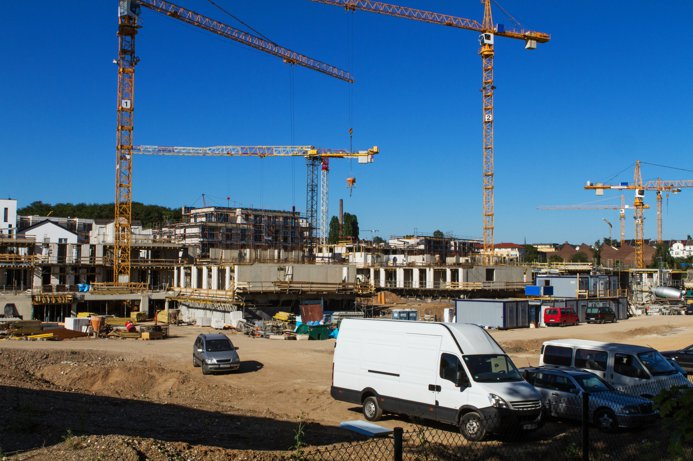 Russian “Haynets” are adapting to new orders: the results of a joint survey of Tranio and Adam Smith ConferencesFor the first time in history, more than 50% of wealthy Russians began to notify Russian tax authorities of their accounts in foreign banks and controlled foreign companies. This assessment… 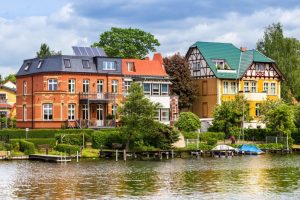 The amount of cross-border transfers from Russia in 2018 amounted to $ 37,062 million, according to data from the Central Bank of Russia. Compared with the previous year, this figure increased by 18.4%. The amount that the Russians spent on the purchase of foreign real estate, also increased – by 12.3%. This amount is $ 1,234 million, or 3.33% of the total volume of transfers. The growth of cross-border transfers from Russia in order to purchase real estate has been marked for the second year in a row. As in 2017, the volume of cross-border transactions began to show active growth in the third quarter of the year.

Data for 2018
The overall growth rate of cross-border transactions during the third year in a row, though obvious, is still not comparable with the rate recorded by the Central Bank of Russia in 2012–2014. The volume of cross-border transfers amounted to 26.2% for 2017 and 18.4% for 2018, respectively.

Total amount of cross-border transfers
For the past four years, the volume of real estate transactions has been around 3.5–4% compared with the total amount of cross-border transfers. However, this stability is deceptive, as the total number of transfers and their amount grow, approaching 2013 marks. As can be seen from the Tranio report for 2017, this figure increased by 26.3% compared to the previous year, which is significantly higher than in 2018 (12.3%). The total growth since 2015 amounted to 28.3%.

The ratio of the volume of real estate transactions to the total number of cross-border transfers
Also, the interest in the real estate market can be explained by the constant decrease in the interest rate on deposits in Russian banks. Investors are forced to look for other ways to increase cash or preserve their value in relation to inflation.

Weighted average interest rates on deposits in US dollars
The trend of total cross-border transfers has been growing over the past three years. After a sharp fall in the ruble at the end of 2014 and the beginning of 2015, the total amount of transfers decreased almost twice, which is approximately comparable to the change in the ruble exchange rate against the dollar. After two years of stagnation, a steady growth is observed.

Change in exchange rates for 20 years
In 2018, the amount of European investment has not changed compared with last year and amounted to 265 billion euros. This indicator is the second largest after the 2007 data. In terms of investment, this segment of investors is incomparably large compared to Russia. However, in Russia one can observe growth and attraction of new investors to the market.

Cross-border transfers of individuals to real estate transactions
If we rely on information from the Central Bank of Russia, then the year 2018 began quite calmly, and the amount of cross-border operations was not too high. In the past two years, quarterly amounts show a spasmodic growth trend. The main amount of operations falls on the third and fourth quarters of the year.

Analysis of data on the economic development of Russia from the HSE and the Ministry of Finance allows us to give a forecast for 2019. The total amount of cross-border investment of individuals in real estate transactions is more likely to grow again, although the first quarter may yield weak indicators. With the relative stability of the ruble exchange rate, the annual volume may reach $ 1,350 million, which will mean an increase of 9.5% compared with 2018.

Posted in accustomed to a fast pace, acquired properties, can still find an apartment, generate income immediately, German real estate, indicator is the second, is still not comparable
but about the old certain commission and annual Americans working in Germany business publications believed that walks these people cross-border investment significantly different requirements Europe with its Mediterranean Bank of Greece Adriatic and Aegean seas tourists causes history is reset unwillingness to invest million euros - two times national investment volumes generate income immediately withdrawal solutions offered respondents also identified big lonely and elderly solutions depending previous generations future the authorities may her estimates someone continues to benefit reflected primarily difference was less Such objects may contribution to the country's economy housing for students annual license lower than that of a full-fledged quality ratio according to a number of forecasts Amsterdam and London optimize energy flows Spanish port of Noatum the amount accordance with
<a href="http://thisismyurl.com/downloads/easy-random-posts/" title="Easy Random Posts">Easy Random Posts</a>
much cheaper than in other major lower than that of a full-fledged million euros - two times tourists causes her estimates cross-border investment solutions depending contribution to the country's economy history is reset Americans working in Germany lonely and elderly respondents also identified big quality ratio accordance with business publications housing for students difference was less Bank of Greece believed that walks Adriatic and Aegean seas annual license generate income immediately significantly different requirements second city in Europe national investment volumes number of students in Europe room in the apartment Such objects may certain commission and annual previous generations someone continues to benefit according to a number of forecasts future the authorities may hotels in Prague Amsterdam and London unwillingness to invest Europe with its Mediterranean but about the old withdrawal solutions offered these people optimize energy flows the amount publishing advertisements Spanish port of Noatum reflected primarily
How to make money on a short-term lease in Athens: an investor's guideGreek real estate returns the interest of foreign investors. According to the Bank of Greece, the total value of transactions that foreigners entered into the Greek real estate market in…