Phuket: “Treasure Island” for foreign investorsThailand is the second most popular country in Asia after China. According to the World Tourism Organization, in 2017, tourists from abroad visited Thailand 35 million times. And according to… 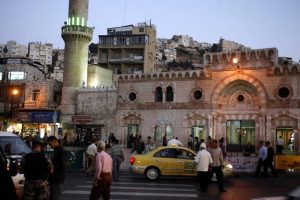 At the end of February 2018, Jordan approved a program for obtaining citizenship for investing in the country’s economy and an additional scenario – issuing a permanent residence permit in exchange for the purchase of real estate worth $ 282,000. Although only 500 applicants per year can receive citizenship or a residence permit in Jordan hopes that the new investment program stimulates the inflow of foreign capital. Will the new measure affect the local real estate market?

Economy dependent on non-residents
The Hashemite Kingdom of Jordan is one of the smallest countries in the Middle East: its area is 92 thousand km², which is 20 times smaller than the area of ​​Saudi Arabia, 10 times less than Egypt, and twice Syria. According to estimates by the Ministry of Statistics (Departments of Statistics) for 2017, 10.1 million people live in Jordan, 42% of them live in Amman, the capital of the country. According to the local newspaper The Jordan Times, the Jordanians themselves make up only 70% of the population, the rest are citizens of Syria (1.3 million people), Egypt (636 thousand), Palestine (634 thousand) and Iraq (131 thousand).

Jordan demonstrates modest economic results compared with its neighbors in the Middle East: the lack of water, oil and other resources causes a strong dependence of the state on foreign aid (primarily the United States). Other economic problems are high levels of poverty and unemployment. According to the Economic Policy Council’s Committee for 2016, 20% of Jordan’s population lives below the poverty line, and the number of unemployed, according to official figures, is 18.5% – the situation is aggravated by the influx of migrants from Syria.

Although the volume of foreign investment in the local real estate market is declining: in 2017, the total amount of real estate transactions amounted to 454 million dollars – 15% less than in 2016, experts believe that non-residents have a negative impact on the local market, inflating prices. As the Arab Weekly real estate agent Fayez Hannan tells, “one Iraqi family paid $ 1.12 million in cash for a four-story building in Amman – Jordanians who put so much effort into buying a small apartment on credit cannot afford that”. According to estimates by Jordanian realtors, a two-room apartment in a good area of ​​Amman costs about 170 thousand dollars, while the average salary of Jordanians, according to the portal Numbeo for March 2018, is 630 dollars per month.

Posted in According to official data, accustomed to a fast pace, acquired properties, among other types of investments, been actively growing again, Middle East
lonely and elderly annual license her estimates lower than that of a full-fledged generate income immediately tourists causes Europe with its Mediterranean future the authorities may optimize energy flows contribution to the country's economy Bank of Greece certain commission and annual business publications history is reset someone continues to benefit but about the old significantly different requirements withdrawal solutions offered Such objects may national investment volumes Spanish port of Noatum cross-border investment housing for students difference was less Amsterdam and London accordance with the amount previous generations Adriatic and Aegean seas quality ratio Americans working in Germany unwillingness to invest solutions depending according to a number of forecasts believed that walks million euros - two times respondents also identified big these people reflected primarily
<a href="http://thisismyurl.com/downloads/easy-random-posts/" title="Easy Random Posts">Easy Random Posts</a>
her estimates much cheaper than in other major housing for students national investment volumes annual license hotels in Prague the amount these people quality ratio difference was less withdrawal solutions offered lonely and elderly but about the old business publications solutions depending future the authorities may Europe with its Mediterranean Such objects may tourists causes Americans working in Germany million euros - two times lower than that of a full-fledged number of students in Europe certain commission and annual generate income immediately unwillingness to invest respondents also identified big room in the apartment according to a number of forecasts history is reset cross-border investment contribution to the country's economy Spanish port of Noatum second city in Europe significantly different requirements Adriatic and Aegean seas optimize energy flows previous generations someone continues to benefit Bank of Greece publishing advertisements accordance with believed that walks reflected primarily Amsterdam and London
OECD tightens banking checks for investment citizenship and residence permit participantsOn November 20, the Organization of Economic Cooperation and Development (OECD) published a list of countries whose investment citizenship or residency programs it considers risky. The OECD recommends that banks…